The Park Plan’s Place objectives were shaped by your feedback – thank you! 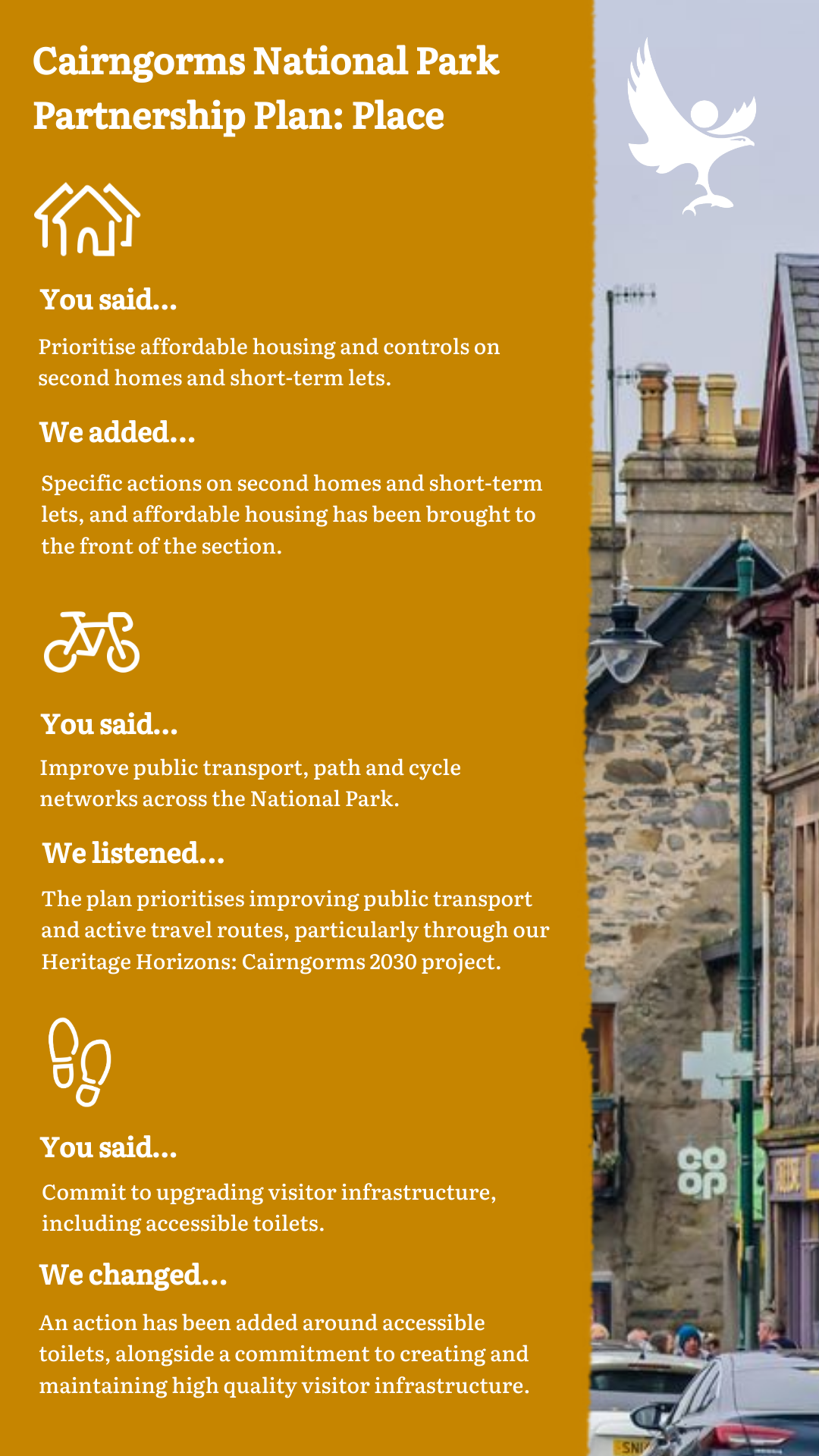 The final draft of the National Park Partnership Plan includes a range of suggestions that you sent in to us via email, post, the interactive map and here on this web site last year.

You also said that you wanted to see improvements in public transport, path and cycle networks across the National Park. The Park Plan now prioritises improving public transport and active travel routes, particularly through our Heritage Horizons: Cairngorms 2030 project.

The infographic above shows some of the changes that were made to the place section of the Park Plan because of the feedback you provided.

You might also be interested to have a look at some of the Heritage Horizons: Cairngorms 2030 projects that relate to many of the objectives in the Park Plan and you can watch our latest film here too.